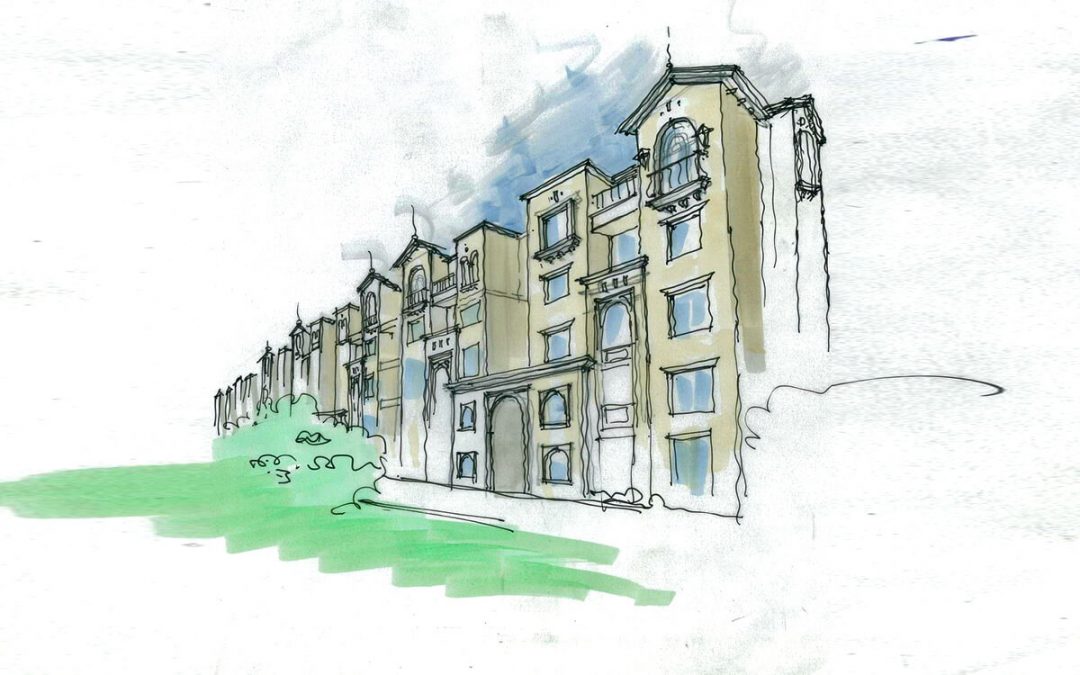 In the real estate world of India, GM Infinite is a name signifying not just scale but also respect. Mr. Ghulam Mustafa, Chairman & Managing Director of GM Infinite, exemplifies that rare combination of being committed and yet honest, hard-working as well as passionate. On this joyous occasion of the recent spate of awards to the inimitable Mr. Mustafa, his infinite wisdom and astute talent will be spoken about eloquently by many. So instead of repeating them, FHD Group would like to congratulate him on a well-deserved acknowledgment of those qualities, which we were fortunate enough to see in person and learn from, by sharing our own wonderful experience of working with him on the Award-Winning project, GM Infinite ‘E-City Town’ in Bangalore.

First Impressions of ‘E-City Town’ by Ar. NageshBattulaWe initially started work on the simple brief of designing an affordable community by proposing the conventional, simple, cost-saving, cubical elevation elements which, we were certain, would not unnecessarily burden the budget of an affordable project. We had not, however, accounted for the ingenuity which this special client possessed: Mr. Mustafa wanted to set a new example in the industry by asking us to work on a thematic scheme which would make the end-user experience luxury while still keeping it at an affordable cost for him to build. As any Architect would attest, the opportunity to finally put to use the knowledge of building, are golden words. We were beside ourselves with joy to finally be able to use design principles instead of just marketing collateral in our work and have the confidence that the client would back it and the contractor would execute it. So we set about creating an optimized design palette where an understanding of construction techniques was as important as the design itself. The result was a proposal where, for the first time in India, an affordable-segment apartment community would have Mediterranean themed homes.

Project Impressions of ‘E-City Town’The events that unfolded were a rejuvenation of our love for construction. Spanish arches were introduced over openings but FHD optimized their use such that it was used only on the top of the buildings thereby reducing the construction costs. Simple facades made sure that no unnecessary expense was borne due to elevation crafting and yet the external wall finishes and crowns on top of the buildings give the feeling of luxury and stability. The thrill of seeing the real-time application of simple cost-effective tricks of cast-in-situ, pre-cast, FRP molds to generate cornices and railing systems with simple detailing of fabrication to different shapes that become part of the form without any extra cost and time by a developer like Mr. Mustafa who was as committed to the project as us, restored our faith in the future of design and good workmanship.

Molds used in elevations of ‘E-City Town’If you were to ask an Architect, they would agree that the most critical work happens during the construction phase. Tough decisions regarding site issues and unavoidable changes have to be dealt with immediately and we were fortunate enough to work with Mr. Mustafa who despite being the man right at the top made it a point to visit the site every day without fail. These visits and his astute command in construction technology were an inspiration to his work-force on the project. By troubleshooting construction delays and being personally involved in the project planning right from the timelines to the material and labor, Mr. Mustafa ensured that the effort FHD Group put into the design and intent of the project saw the light of day.

Site Photo of GM Infinite E-City TownWith this project we retraced our steps to that basic design tenet that cheap and affordable are not the same thing and that the passion to deliver quality needs to permeate all segments- luxury or otherwise. FHD’s commitment to delivering quality homes was bolstered by Mr. Mustafa’s mastery in building, in the execution of a project which was suitable to the client’s budget whilst not compromising on that special feeling of owning quality real estate- where the user lives the architectural language of the space while being able to afford it.

Site Photo of ‘E-City Town’People wonder what the secret to the success of ‘E-City’ is and the answer to that lies in the fact that for every good design that gets made, there is a client who asks for it and a builder who delivers it. And with ‘E-City’ we found both in GM Infinite.